Google Fiber: Is anyone reading the fine print?

Who wants the fastest internet connection possible?  Everybody, right??

Google is evolving from a mere search engine into an ISP with its new uber-high-speed fiber optic Internet network.  Google Fiber is live in Kansas City, Austin, TX, and Provo, UT.  The Metro Atlanta area is next on the agenda for expansion.  Dunwoody filed a joint application with neighboring cities to be part of the new project from Google.

This was in 2010.  It is now 2014 and Google is in talks with specific ATL areas into which they are considering expanding their network.  Bottom line:  not Dunwoody, as far as anyone can tell.

So naturally, now there are drumbeats of "I WANT MY GOOGLE FIBER!"  But aside from the promises of internet speeds that leave both Uverse and Comcast in the dust, what exactly is in this deal?

Let's look at Google's own documentation.  What is required of those who want Google to be their ISP?

The Terms of Service indicate that the homeowner has to pay for the installation of the fiber optic cable.  Depending on the area of town, that means they will be working on local poles, or digging through rights of way to add the cables.  Not bad, so far - that's the same standard for any internet/cable TV provider.  Most of the rest of the terms are standard boilerplate for ISPs.

There are two items that should raise yellow flags.

This means that not only is Google selling you internet and TV services on Google Fiber, but they will be processing their payments internally.  Google Wallet isn't even an *option* as a bill payment system - it's required.

When using a payment processing provider such as PayPal or WorldPay, or even some bank services, the sensitive financial information is kept completely separate from the vendor.  For example, when PayPal processes a transaction, the vendor receiving the funds never sees the bank account or credit card information.  With Google Wallet (and by extension, Google Checkout for ecommerce, which I *never* use) your financial information is now part and parcel of Google's database.  Right along with everything else about you on Google....  More on that later.

The last item in the terms of service is this:


Businesses
If you wish to subscribe to any Services on behalf of a business, please contact Google Fiber directly. Additional terms of service apply to use of the Services by a business.

So if you telecommute for your job, or you work from home - and you only contact your customers via internet - you're not eligible for Google Fiber in your home.  So even if you don't engage in the dreaded "customer contact" at home, or you're a telecommuter, or you're an elected government official working from home on some days, you're not eligible for Google Fiber if you're using it for business from your residence.  That's not a small item to note: a large segment of the people who will be most interested in high-speed internet of this caliber are going to be using it for work.  Of course, "don't ask, don't tell" is pretty standard in Dunwoody daily life so you could try that approach too.

The Privacy Notice in short promises that personal information about your account is not shared without your consent.  On the surface that sounds just great. However...

Even if you consider that Google is collecting info on your computer, TV, shows you watch, mail you send, etc.  "But Adrienne," you may ask, "Uverse and Comcast collect TV usage data too, so they can collect aggregate data for marketing.  What's the big deal?"  The big deal is that Google realigned all of their systems, including those of their acquisitions, like YouTube so they are easier to cross-reference related information.  Google Plus was more than just a new social network:  it was a means of creating a "unique identifier" that tied all of your online information together in Google's database.  Your activity online can be cross referenced with all of your other information indexed by Google, along with your financial information on Google Wallet and Checkout.  Other ISPs do not have this inherent ability.

The questions of data collection of your TV/internet/mail usage aggregated with everything else on Google is not just me and my tin foil hat percolating over conspiracy theories in a corner.  PC World magazine raised the question a year and a half ago in their analysis of Google Fiber services.  (Example of Google data breach in the UK via PC World.)

Then there are other realities.  Like - what kind of speeds are we talking about?  Can they deliver as well as they say?

The only subscriber agreements available are for Kansas City and Provo.  Here's Kansas City as an example, along with all of the costs for each level of service.  The top speeds on the Internet are 1 gigabit per second, both upload and download.  That's fast enough to watch a video on YouTube without buffering or stalling.  A great promise but as a failsafe, the Network Management page states the following:

That's a process called "bandwidth throttling":  the deliberate slowing down of internet traffic speeds.  In Google's case, they promise to only do so in cases of extreme usage (which isn't defined specifically), although in other countries with more restrictive governments, throttling can be used to inhibit information altogether.

Finally, each subscriber (that is, each household) has to register and pay for installation of the fiber optic.  These are individual choices.  So if some homeowners have Google Fiber available and purchase it, there's going to be a whole lotta climbin' and diggin' in the infrastructure.  But if it's optional, others will opt out and may be inconvenienced by any "infrastructure improvements" related to GF.  And how does Dunwoody handle disagreements over infrastructure?  Hmmmmm........  Here's an example.  And another.

Does Google know that there's a lot of squabbling over infrastructure in Dunwoody?  Well, there's enough Town Hall and City Council meetings on YouTube, so I'm guessing that would be a "yes".  I think it would be naive to imagine Google doesn't consider internal conflict resolution in a decision to expand, especially when the evidence is voluntarily dumped onto their servers.

But to end on a positive note and not be a total buzzkill, Dunwoody should consider its lack-of-place on the ATL expansion list as an opportunity rather than a slight.  If Google Fiber does expand into Atlanta, Avondale Estates, etc, Dunwoody has the opportunity to watch what happens.  How long does construction take?  Are there any hidden costs?  How do the neighbors manage the inevitable inconvenience of installation, especially if they're not going to sign up?  Does the service deliver what they say?  Dunwoody can learn the answers to these questions without making the commitment up front.  Let someone else be the guinea pigs and work out the problems.  Then Dunwoody can make a more informed choice about whether to get on board with Google Fiber and how to work out the agreements to our advantage.

Here's to watching the experiment without being a guinea pig.

The Corner at Orchard Park... 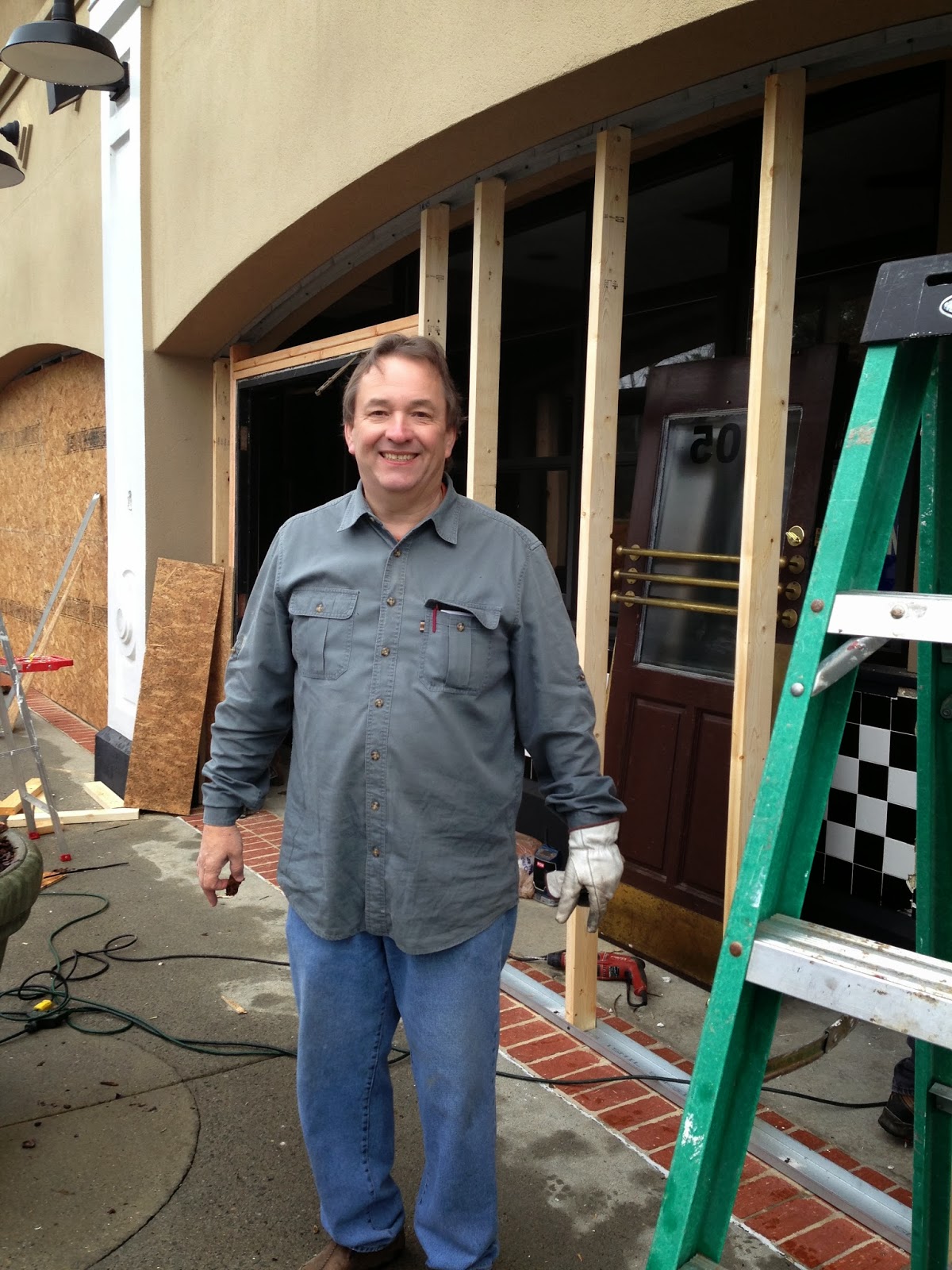 This according to the fine gentlemen I happened to meet on the construction site while running into Kroger.

Orchard Park is shifting to more professional offices with fewer restaurants.  (Starbucks was replaced by an optometrist's shop.)

Whoever occupies the space, I hope they make that corner a success.  The location and layout are great, I'm amazed the previous enterprises weren't successful and the space has been vacant for so long.
at 10:28 AM 2 comments:

All Winter in a Day

Preserving the good memories of SnowJam 2014 as the flowering trees begin blooming in Dunwoody. 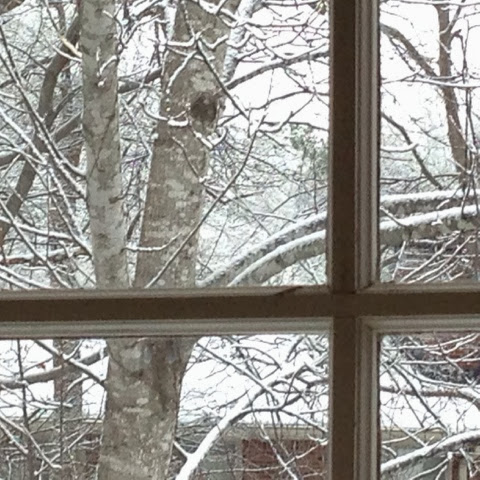 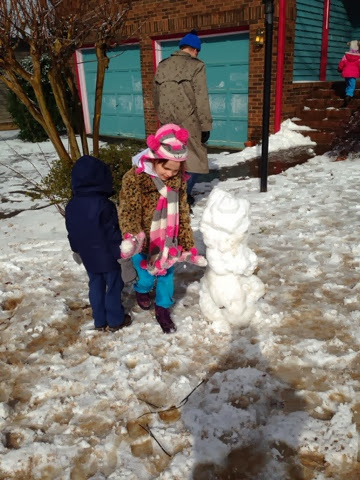 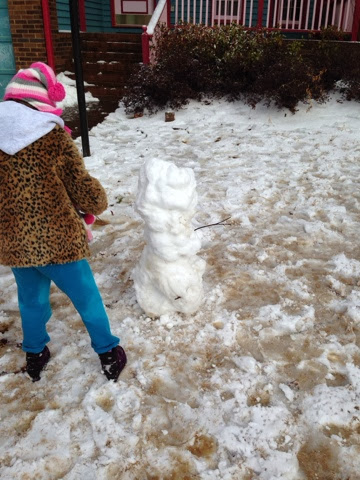 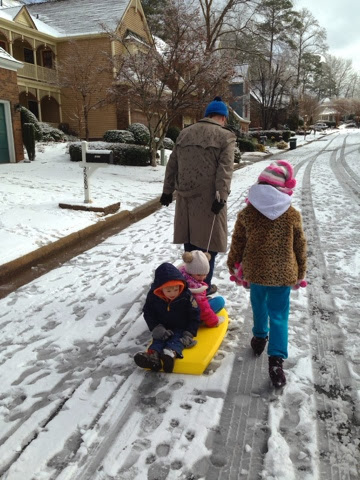 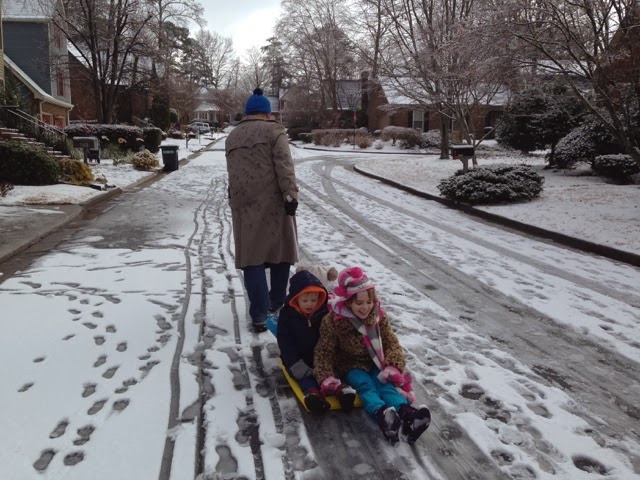 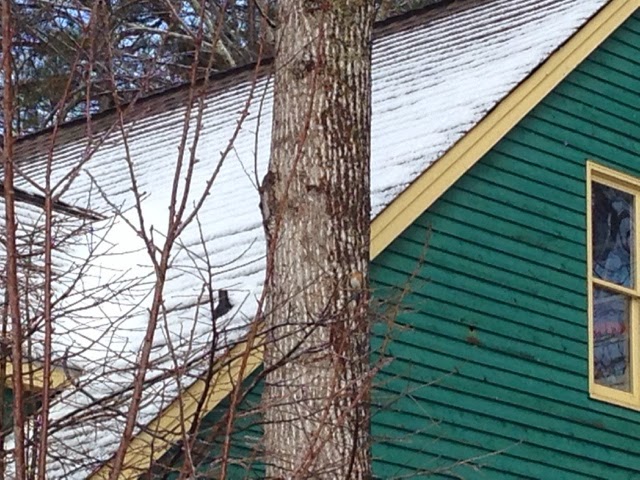 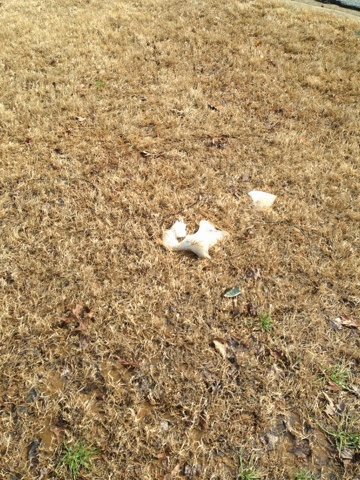 Remains of the last snowman.
at 4:33 PM No comments: