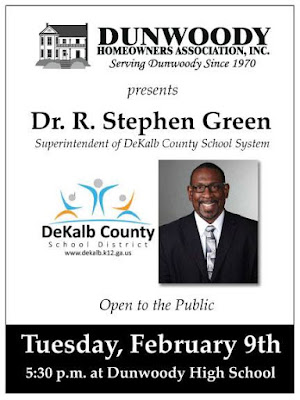 Do we have a volunteer to webcast the meeting via Meerkat / Periscope / YouTube?

Periscope video just won't embed in a frame - I tried.
Hit the link and listen in.

Commenting is available if you watch on your iPhone or Android via the app.
at 6:55 PM No comments:

City of Dunwoody Meetings and How to Participate

Last night, Dunwoody held a meeting to discuss an updated plan for our city's parks and the outreach that would go along with that.

It was at exactly the same time as the Planning Commission meeting at City Hall where several zoning variance requests were discussed, including those involving a proposed townhome development in Dunwoody Village.

Next week is the first Town Hall of this administration.  Topics for discussion are being accepted at www.connectdunwoody.com.

These meetings have some traits in common:

1)  They are all held in the early evening during prime commuting or family care hours.
2)  There is no live broadcast of the meetings so those unable to attend cannot observe and be informed.**
3)   There is no mechanism for remote feedback from the community outside the meeting room.

**City Council meetings and other meetings held in council chambers are streamed online via the city's SIRE system which organizes official calendars, agendas, and minutes.  However, SIRE's video encoding permits the live feed to be viewed only on Internet Explorer, on a standard laptop or desktop.  It is not possible to view it on any other browser, including the new MS Edge.  They also cannot be viewed on any tablet or smartphone.  The technology is so limited it is almost obsolete in 2015.

Meetings or other informal gatherings (eg, Coffee with a Cop) in the afternoons or evenings are an essential part of soliciting feedback from the public.  But as I have posed elsewhere in DWG, meetings at this particular time frame self-selects for only that part of Dunwoody citizens that are not caring for families at home.  Their time is their own.

Those of us who are meeting buses, running carpools, shuttling kids to activities and doctors' appointments, preparing dinner, managing homes, helping with homework and projects, getting younger children bathed and in bed, as well as working our tails off to earn and provide are not able to share their input in the context of the event because they cannot be in THAT place at THAT time.

I have made requests to city hall to make meetings and live feedback available via social media and streaming video.  Others have done the same via Facebook.  I haven't the foggiest idea whether that will happen or not.

In the mean time, SDOC has a solution.

I would like to contribute SDOC's infrastructure and social media assets to the cause of making public meetings available online to families unable to attend.

This effort will require some collaboration and logistic testing to determine the best method to stream events.  There are options for streaming video via website and social media, as well as live chat for feedback.


Mount Vernon Road’s ongoing water main work requires water to be shut off on Fri., Jan. 8 from 11 a.m. to 2 p.m. for those homes and businesses on Vernon Ridge Drive, Vernon Ridge Court and Thornhill Court in Dunwoody.

The city of Dunwoody began working with DeKalb County on the water main pipeline replacement project in March. The project is part of a rehabilitation program by DeKalb County to address the aging water pipelines within Dunwoody and throughout the county. The Mount Vernon Road project will involve the replacement of two aging water mains with one new 16-inch diameter main.
at 8:41 PM No comments: