Introductory remarks by Rob Wittenstein.
Rob welcomed all of the elected officials in the audience, including our city council members.  I'm glad they didn't feel a "conflict of interest" over attending and asking questions.  Let's hope that stupidity is permanently put to bed.

GA House Representative Tom Taylor on legislation this session, including HB58 - a proposal to allow the formation of independent school districts

Business of the Year and Lifetime Achievement Award


The map you saw in the newspaper on January 10 is available online here:

It includes a filterable legend to the different types of operations and where confirmed complaints were noted.

Questions are welcome.  Vitriol and denial are not.
at 9:51 AM No comments: Links to this post

Communities evolve, like it or not.  Real life is not black and white. The more anyone tries to force that simplicity, the more it crumbles.  Accept the reality that enhances life.

2017 State of the Home Business Community - The Commentary

Note:  here are the maps of known home business activity in Dunwoody, broken out by type.  This is what the article below refers to.

Updated 1/8/2017 at 9 PM - 1 additional complaint found, violation NOT confirmed.  Statistics are updated below.

The home business map I created is the only compiled and graphical representation of all residential commercial activity in Dunwoody.  It is also the only entity that uses data to correlate code enforcement complaints with documented home business locations.

I find it disturbing that with all of the erratic hand-wringing and protests and petitions, as well as official judgments from our city government, no one in any official capacity has tried to document this data before.

So how are they making their decisions?  The Force?
Not exactly transparent.  Or fair.  Is it even legal?

I began this map in 2014 after the second home business SLUP applicant was dragged through a knothole in exchange for approval of a daycare for infants and toddlers.  Everyone had a judgement to make about how our "bedroom community" (sic) shouldn't be changed and everyone had a "belief" about the alleged future impact on home values.

But no one who spoke had two facts to rub together, including and especially the city council.  A legal decision was made and an honest citizen's fate decided based on - The Force.

So I made it an intensive hobby to officially request this data from the City of Dunwoody to create that correlation myself.  I had gone along with the stories that benign home business owners with customers were the exception rather than the rule and there was probably a pattern of serious problems with disturbing the neighbors.

Here are some of the processes I had to work though in the data:

The Open Records Request process is easy.  But the amount of data I got was huge.  The number of licensed businesses surpassed 500 just at a glance.  I never expected that many and definitely did not expect that it was such a large part of the overall business community.  Numbers vary from 1/5 to 1/4 depending on the year.

I was told by the person delivering my first ORR on business licenses that they are only maintained on a current, rolling list.  There was no archives of past licensed enterprises that closed or moved.  So the first map generated in June 2014 only contained licenses active for the first six months of 2014.  Any businesses that were open before that and closed or moved were not available via city records.

City licenses were only the first step.  There were also business directories (like the chamber of commerce and The AHA Connection) and the State of Georgia that registers corporations (incorporated enteprises, LLCs, LLPs, etc).  There were many registered to home addresses as the primary business location.  But without a city license.  Again, the number is huge - over 100 at any given time.  So I had to differentiate those on the map.  I used different shades of green for those without complaints.

Even with all of this research, we're still dealing with a gross underestimation of actual home business activity.  There are tutors - who will NEVER apply for the appropriate permit to see their customers after seeing the first two applicants treated so shabbily by their own representatives.  There are MLM and direct marketing reps who host parties and receive merchandise shipments.  I remember how those were excluded by city council as "not really businesses" because they didn't want to appear like they were banning Tupperware parties. (Multi-million dollar industries were declared "not really businesses".  Visualize that one!)  Then you have just hobbies-turned-cottage-industry that have no online record at all and are only known via word-of-mouth.  At the end of the day all of the data is an under-representation of reality.

The SLUPs got their own color marker as well to show they had a permit to see customers.  Those were easy.  Two.  And their addresses were in all of the application documents so they were easy to find.

So when all of the known business locations are entered in and mapped, what do we find?

Dunwoody is saturated with commercial activity in residential neighborhoods.  Single family homes, townhomes, apartments, and condos, it's everywhere.   There are no "bedroom communities" that have a wall separating "residential" and "commercial".


Dunwoody Home Businesses are now and have always been an integral part of residential life.  Even with customer and/or employee contact.

Most code enforcement complaints filed are related to erosion, high grass, or unpermitted construction.  There are hundreds filed every year related to residential areas.

Out of all of these complaints only 12 13 are related to home business activity.  Of these 12, 5 were "operating a business without a license" without a specific "nuisance" noted - that is, beyond the license itself, there was no mention of activity that is specifically prohibited in the municipal code.  3 4 complaints could not be verified.  Not verified = not sure if there really is a legal problem or a misunderstanding, or a a complainer with too much time on their hands.  It could be anything.

I had to broaden the range of dates for code complaints just to generate any numbers at all.
One of the "red marks" - a noise nuisance that resulted in a homeowner selling their home and relocating - was submitted before 2008's cityhood referendum.  (It's the one on Laurelwood drive, on the east end of the city)  The complaint was submitted to DeKalb County who sat on it until Dunwoody incorporated, then the county didnt' have to respond at all.

In the interest of fairness, I made sure to include that complaint because it does represent a negative impact.

But ever since, there have been no complaints filed against a home business in the SE end of Dunwoody.  Not just not confirmed, - not filed.

There is an ORR into code enforcement to get more details on the confirmed nuisance reports.  Until then, enjoy the data.  More interesting stories are in the works.

Commentary will follow soon, espcially on the four documented "nuisances".  These maps were generated with ORR's from Dunwoody city hall and analysis of state incorporation records and publicly available business directories.  Hit the "minus sign" button in the bottom right of each map to zoom out.  Click on a marker for more information and my personal commentary

The comprehensive map with all markers can be found at
https://www.zeemaps.com/map?group=1012300#

ABOVE:  All home businesses with licenses issued by the City of Dunwoody AND have no record of code enforcement complaints.  Total = 570

ABOVE:  All home businesses with active business websites and/or some kind of incorporation WITHOUT a city license AND have no record of code enforcement complaints.  Total = 128

ABOVE:  All known FORMER home businesses that existed at one time in Dunwoody, but are not currently present.  Meaning, they may have closed, the homeowner moved or died, relocated out of town, or migrated to a traditional commercial space.  These also had NO record of code enforcement complaints.   Total = 268

Perspective:  the first article published documenting the first version of this map project
at 9:04 PM No comments: Links to this post 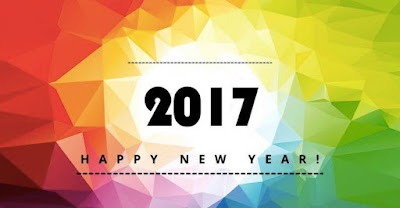 The new constant is change.
How we embrace it will define the future.