"Backpacks for Foster Children" - how it all turned out

Earlier this month, my daughter's 3rd grade class at Holy Redeemer kicked off their grade service project to support the requests of the Foster Care Support Foundation, which provides for the needs of foster care children across Georgia.  We're very grateful for the support received from our local community after the first post.  Maggie has written a thank you letter to each of you and those should be in your mailboxes any time now.

A total of $175 was raised via the DWG blog and SDOC Publishing matched those donations for a total of $350 contributed.  The FCSF specifically requested backpacks, new underwear, and new socks.  Backpacks are important because when a child is taken to foster care, the move is fast and the children have neither the time nor the luggage to pack.  If they bring anything with them, it's usually in a trash bag and what they bring is whatever they can lay their hands on.  Which isn't much, hence the need to change their custody.  New underwear and socks are often an afterthought.

The big purchase day started off with those storms and tornado warnings rolling across North Fulton.  Holy Redeemer's kids spent the second half of the day in the hallways and pod areas in tornado drill while the buildings were deluged with hail. 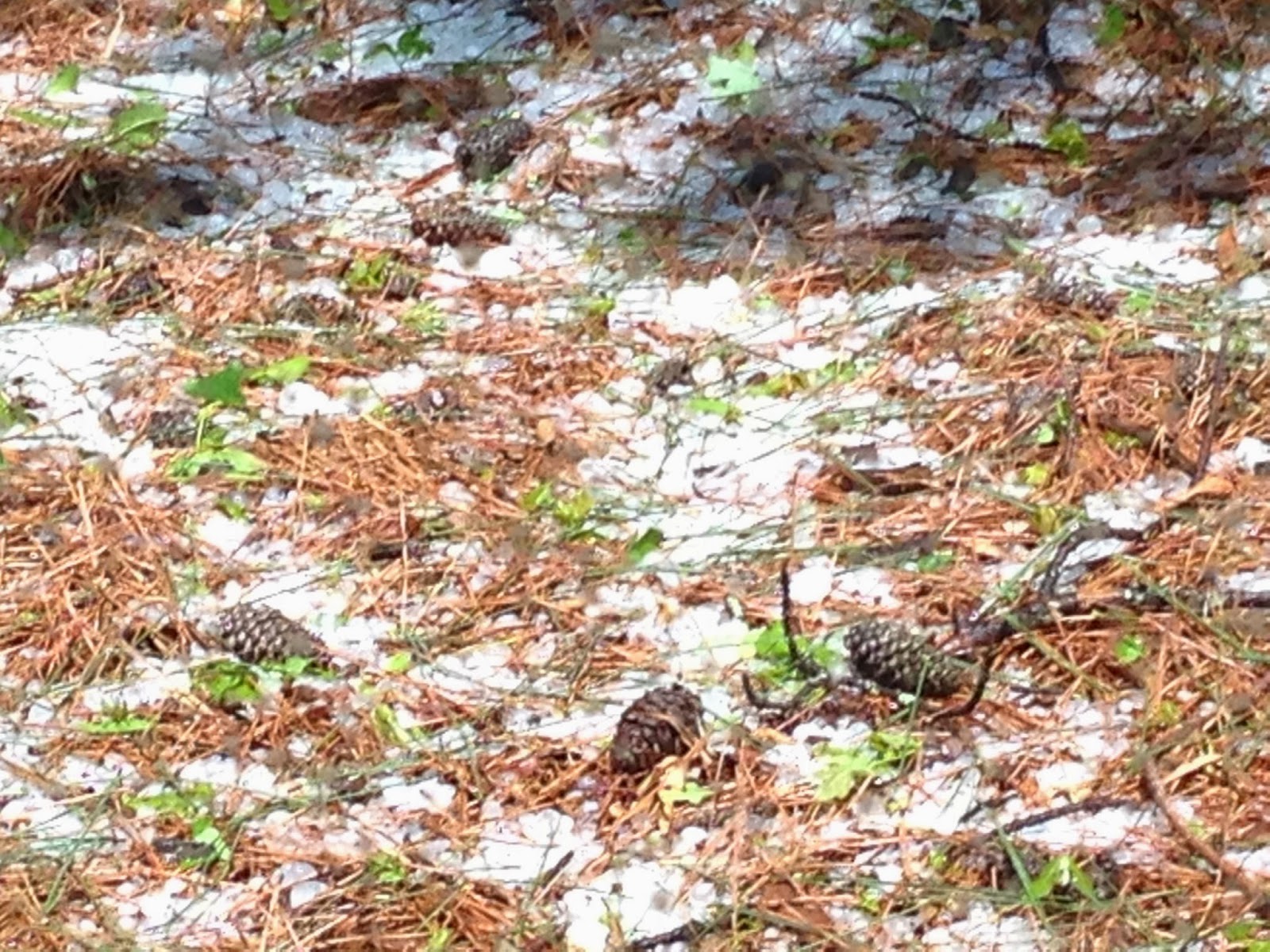 By dismissal time, the danger was passed, the sun was out, and we headed down to the perimeter Target to select the needed supplies. 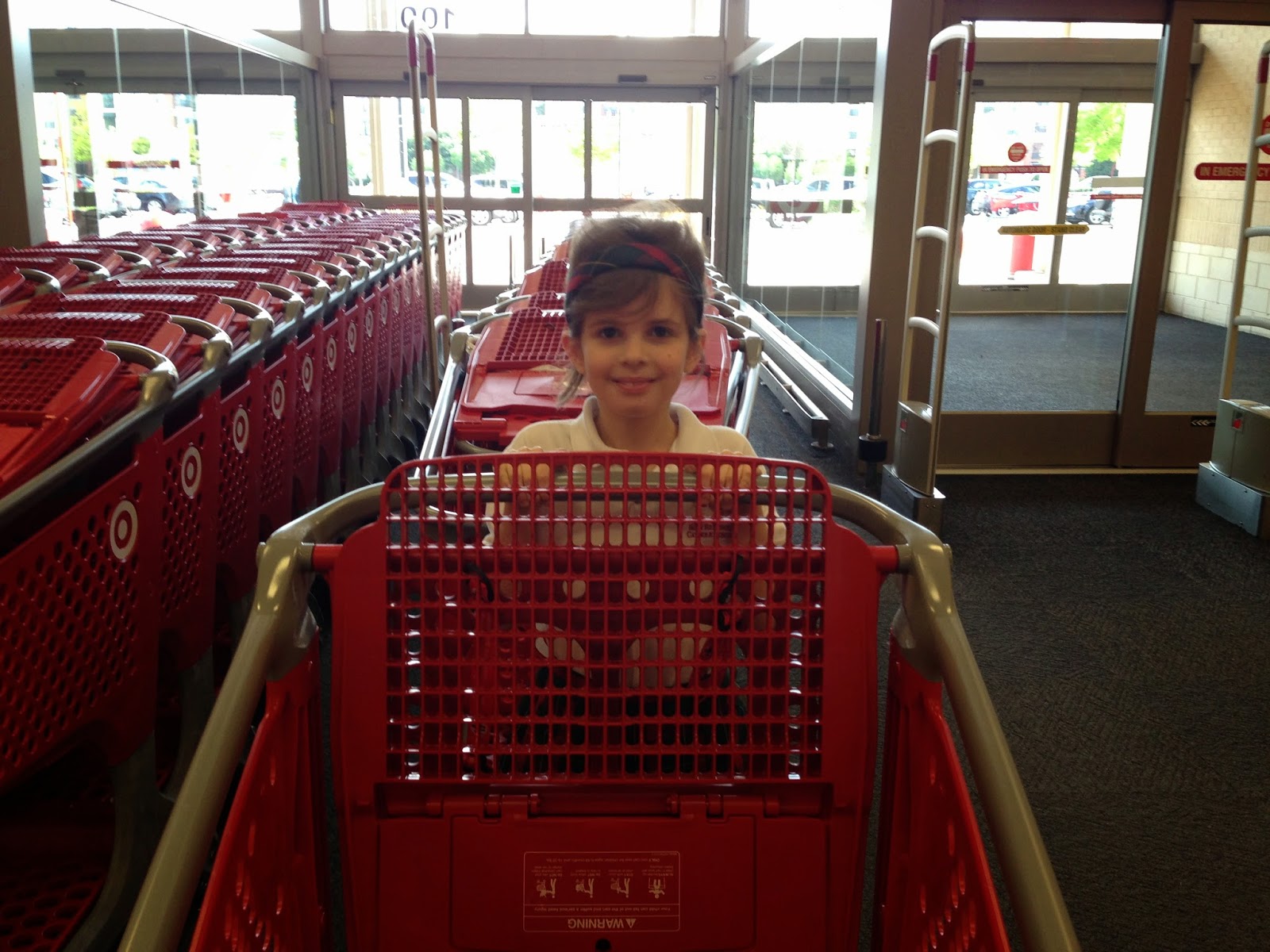 Each student was instructed to select items that were the same size and style that they would want to wear and carry with them.  Maggie was looking for items suitable for another 9 year old gitl. 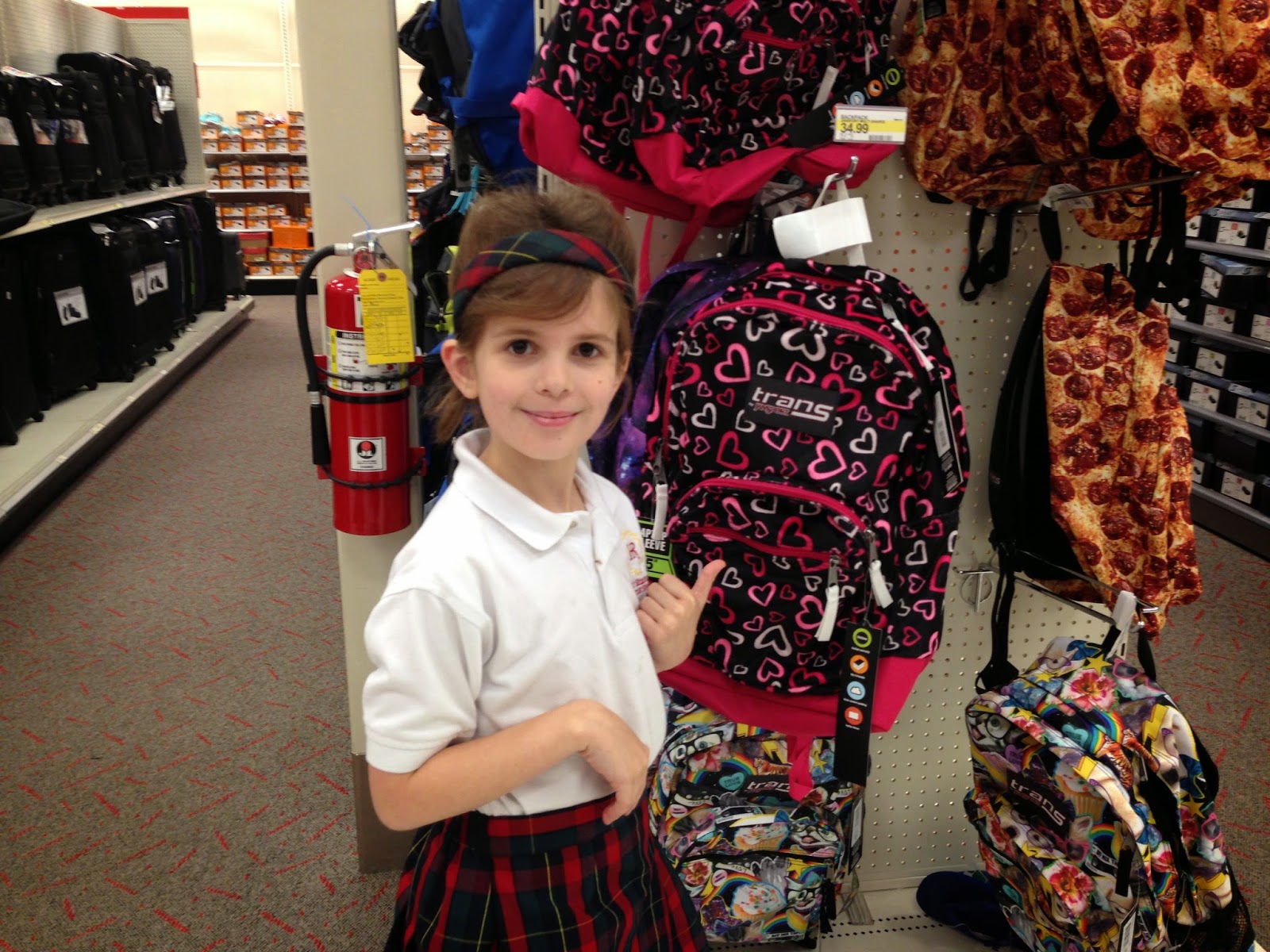 Backpacks from the luggage department.  She wanted to make sure there was room to grab a favorite toy, maybe some books in addition to keeping essentials handy. 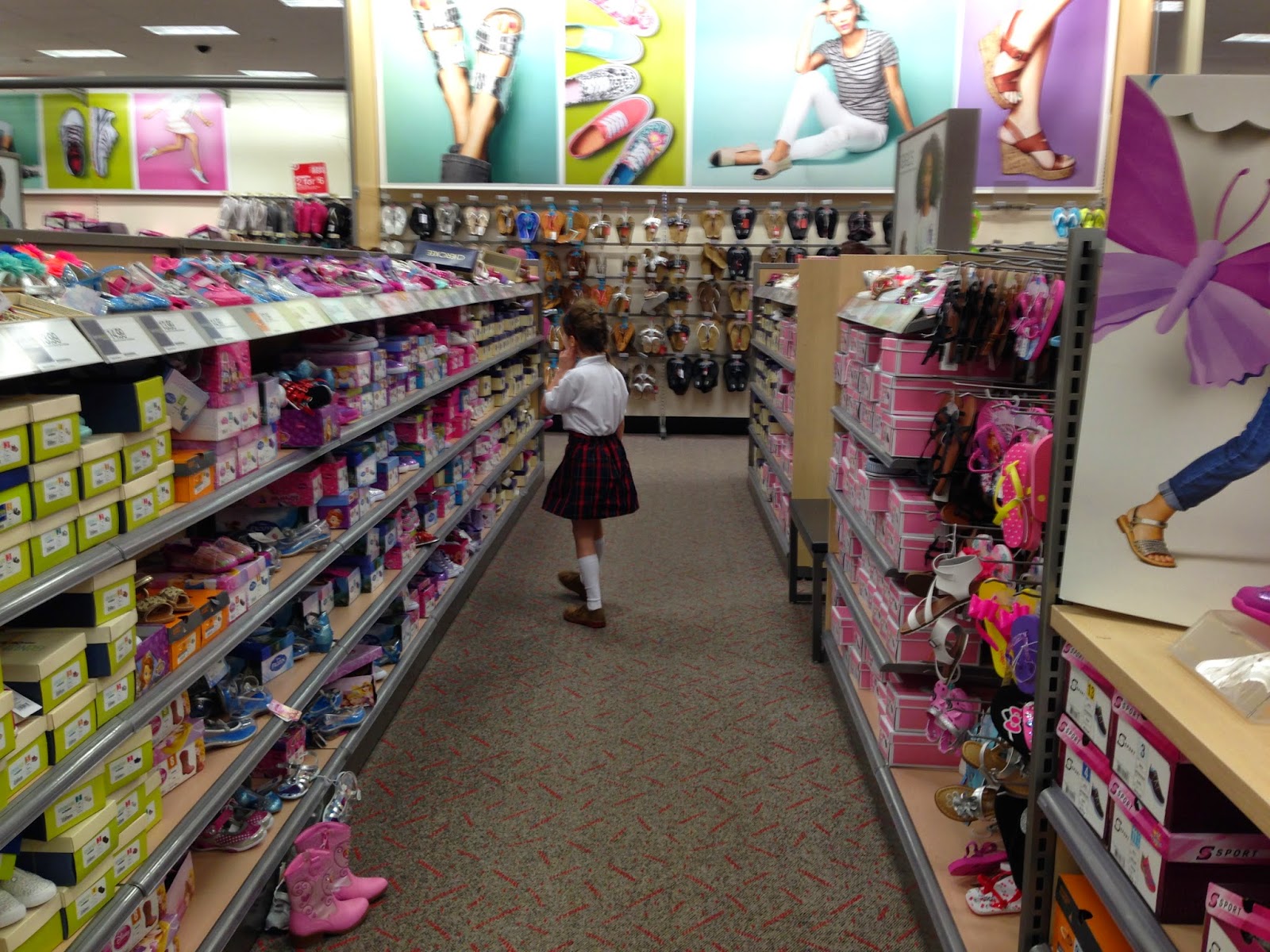 FCSF also requested if possible, to send in new pairs of comfortable shoes.  Maggie is searching here for the requested sizes.  Because of everyone's support, she was also able to include a pair of new shoes (espadrilles or girls' sneakers) in each pack. Checking out.  All of the donations were used in one shot to purchase four sets of supplies for four girls.  When all of the supplies were turned in at school, there were over 60 backpacks with new supplies and shoes for boys and girls.

Every grade at Holy Redeemer has a service project to be completed at some time in the school year.  In this exercise, children learned about how to raise money for charity - either by doing extra chores, taking small jobs in their neighborhoods, or - in this case - the role of social media in advertising and corporate sponsorship in community service.  Most importantly, they learned that not every kid out there has life as good as they have it at home and it is their responsibility as Christians and as human beings to help others to the best of their ability.
at 1:06 PM