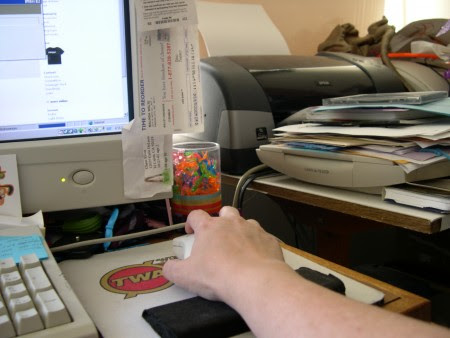 DeKalb sanitation officials considered Duncan’s property “commercial” despite the residential zoning designation and automatically issued larger trash cans, Duncan said. “For all the extra trash not being produced,” she said.


“I can assure you that in our house we are well served with the current, once per week [trash pickup] schedule,” Kanne said. “Our business deals with writing medically-based journalism. Not much of a sanitation load there.”

Many thanks to Ellen Eldridge for bringing this story to the mainstream media.

Dunwoody was founded so that zoning decisions could be made by the people who have to live with them.  But when it comes to home business owners, city council looks the other way while DeKalb County creates their own zoning rules and levies additional taxes accordingly.

Thankfully, Nancy Jester sees this injustice and will be introducing legislation to eliminate this fine.

Here's the original DWG post that brought the extra tax to light:  Talkin' Trash Too

What kind of impact do Dunwoody's 700 home businesses have on the community?  Check out the map.
at 12:57 PM