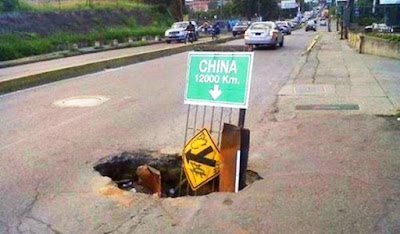 On June 11, a Lithonia-area paper called On Common Ground News printed an op-ed piece from Mr. Jerome Edmondson, who is running for the DeKalb District 7 seat.

He attended the Memorial Day celebration at Brook Run park.

It's too late for the people mentioned in the post but perhaps the rest of us can learn how to speak and behave appropriately in the 21st century.

Screenshot of the op-ed: 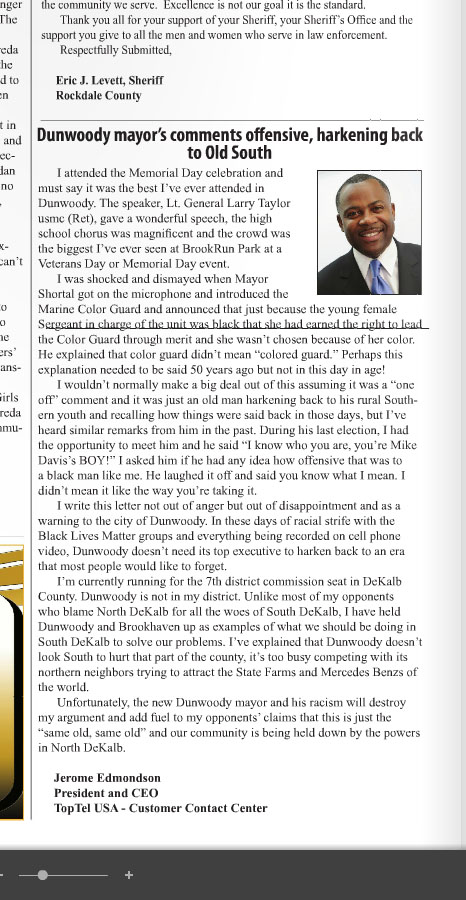 Today, Mayor Shortal dismissed the team that has organized Memorial Day and Veterans' Day celebrations in Brook Run for years.  Less than a month after the incidents discussed in the letter.  Call me cynical, but I don't think the real problem has been solved.

Methinks the comments reflect a fellow who is going to find it very difficult to exist in the rough and tumble of politics. Unlike a corporate call center environment, politics is laden with gut punches, offenses, both real or imagined, and hard words. A wise and successful pol knows when to absorb a comment and when to cry foul to the press.

I don't condone inappropriate remarks, but we often toss around 'racist,' when 'poor choice of words,' is more accurate. We need to all be mindful not to be offensive to our neighbors.

That said, we are seeing a national revulsion toward the stilt and dishonesty surrounding being PC.

The criticism of Mayor Shortal's comments is thoroughly earned. I attended the Memorial Day ceremonies as I do every year. I was stunned by the Mayor's innapproriate comments and found them ridiculously outdated. This is not 1956. We do not need to amazingly remark on the accomplishments of women and minorities in our community. Such things are to be routinely expected.
The Mayor's remarks were out of place, out of time and ridiculously embarrassing in the opinion of this older white guy.