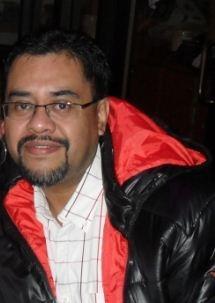 WANTED-CARLOS SANCHEZ ESQUIVEL for Forgery, 1st Degree (F). Esquivel scammed a 27 year old victim who had received traffic citations from the DPD; advising her not to show up in court because she was in the country illegally. Esquivel further stated that he worked as a translator for the courts, and that he would be able to take care of the citations. Esquivel obtained copies of the victim’s citations and gave her falsified court documents in return - charging the victim over $1,000.00 in false court and probation fees. Victim was subsequently arrested for failure to appear in court.

Anyone with information regarding this suspect or similar incidents is asked to contact Det. R. Delima at 678-382-6914 or ronny.delima@dunwoodyga.gov.

You may also leave anonymous crime tips online via SUBMIT A CRIME TIP: http://tinyurl.com/8xjbkjd, or send an anonymous Text Message to C-R-I-M-E-S (2 7 4 - 6 3 7). Use the key word DPDTIPS at the start of your message.

For more WANTED persons, visit our webpage: http://tinyurl.com/7ta3dza
at 11:43 AM